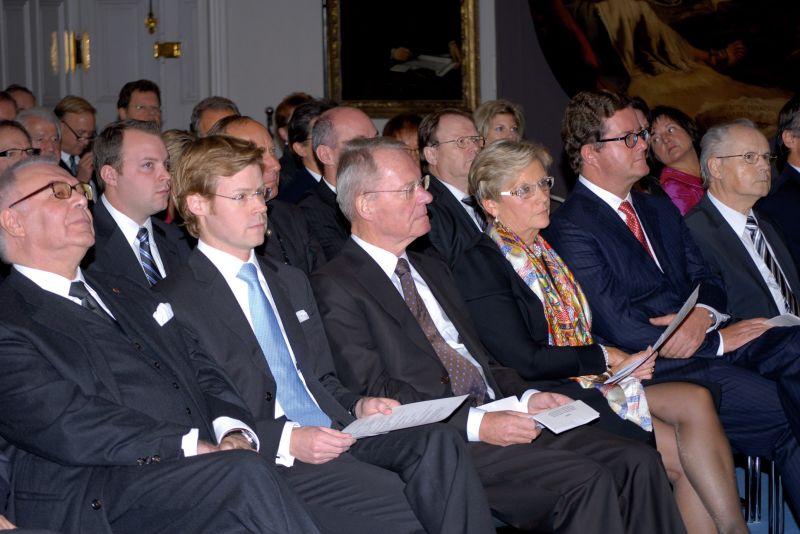 Lohr/Würzburg. On 3rd of December 2009 the Walter Hunger GmbH & Co. KG celebrated its 50th anniversary with a ceremonial act at the 'Würzburger Residenz'. The actual anniversary had to be cancelled last year due to the severe indisposition of the company founder Dr. Eng. Walter Hunger who passed away on 4th December 2008. Walter Hunger who worked his way up from a craftsman to the "Krupp of the former GDR" and who fled in 1958 with his executive staff and family from the socialistic controlled economy into the Western part of Germany, founded the Hunger OHG in November 1958 at Lohr am Main.

The life of Dr. Eng. h. c. Walter Hunger was the focus of the speeches to around 120 invited guests, among them the former president of the Federation of German Industry (BDI), Prof. Dr. Hans-Olaf Henkel. In the oral room of the ‘Würzburger Residenz’ he recalled very well when he awarded to Walter Hunger the BDI Environment prize together with the former secretary of the environment, Angela Merkel.

Dr. Walter Hunger has done ‚unusual things for the technical progress in the world’ said his PhD advisor Prof. Dr. Aribert Schwager. As engineer with heart and soul he always has been a pioneer of new technologies. This was the basement for the development of a traditional and successful family enterprise to one of the world’s largest hydraulic manufacturers: the internationally trading Hunger Hydraulic Group. Schwager verbally: ‘He was one of the big entrepreneurs of our time’.